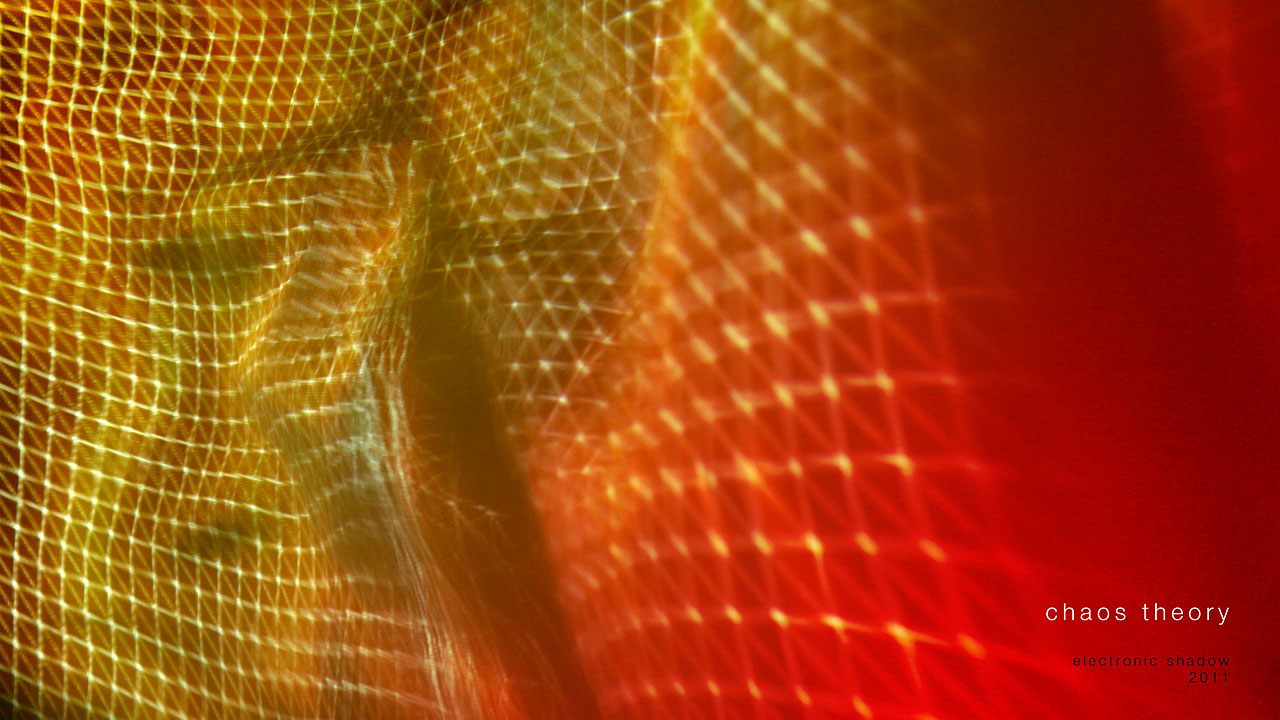 The history of the French group Electronic Shadow began in 2000. The architect Naziha Mestaoui and the multimedia director Yacine Aït Kaci gathered their talents to express a world without bounders between the different practices (art, architecture, design, live shows…).

Together they developed a new field, inventing in 2003 the interactive 3D video mapping, and exploring the contemporary links between material world and immaterial, creating a new hybrid reality. Connecting sciences, art and philosophy, Electronic Shadow conceives a personal poetic language, using the last technologies to design emotions and experiences for the audience.

Their work were rewarded by many prices such as Japan Media Art Festival Price in 2004 for «3minutes² », and their installations are shown all over the world (MOMA in New York, the Grand Palais, Palais de Tokyo or Centre Georges Pompidou in Paris, Museum of Contemporary Photography in Tokyo, Biacs – Biennale of Contemporary art of Sevilla, SESI in Sao Paulo, MOCA in Shanghai….). For some specific projects, they collaborate with architects such as Jakob+MacFarlane for the Frac Center Orléans in 2012 or with the choreographer Carolyn Carlson for « Double Vision » (2006). They just had a personal exhibition in Musée Granet of Aix-en-Provence visited by 35 000 people.

Discovering the world of Chaos Theory by Electronic Shadow is like taking a deep breath and entering a world that is both, fascinating and frightening. Fascinating by the force of the image that catches the eye. Frightening by the expandable rhythm impulsed by the presence of the public who is aware of his power. As many of its previous work, Electronic Shadow offers an environment where the public can disturb the work, like a catalyzer of energy able to impulse it or not, by its own presence on the piece of art. As the well-known butterfly movement that can change the world on the other side of the planet following the theory of the meteorologist and physician Lorentz, even the tiny movement of the spectator produces something and influences the flow of the work. Not only spectator but also actor of the world that appears in front of him,the public becomes aware of its faculty to change the order, far away from the utopic order.   The philosopher Merleau-Ponty used to say, « the classical perspective is a way the human being invent to project in front of him how the world is seen and not the decalcomania of the world ». Chaos Theoryis the exact opposite of the idea of the aspiration to regulate life and to open on a space where nature deals with eternal beauty as it was spread in the 18th and 19th centuries. Inspired from the scientific universe, as many of their previous installations (Superfluidity, 2009), Chaos Theory is in one way the mother of all the theories because its subject relates precisely to the impredictibility and the exponential amplification of errors or lapses of memory. Even tiny changes can occur huge consequences by the phenomena of concatenation. Before the public enters the room everything is still silent and peaceful. But its presence exponentially disturbs the veil which evolves thanks to ventilation and thus starts a spellbinding dance while the images accelerate, become deformed then change to make us rock in another dimension and a new state. Both, the energy of the movement and the glance of the public on the work transform radically the piece, that keeps the memory of the presence, like an echo of the interaction a long time after the last visitor has gone. In its work, Electronic Shadow composes with reality and transforms it to give a form to visual poetry. The image draws its force to the union to physical phenomena as wind, water or fire. In this specific work, the thin veil is the image itself of the natural elements (images of lava) projected on it and turn to be a magic river spreading on the floor. The topographic oscillations of this landscape moving are translated in the sound environment, composed in collaboration with Stephan Haeri (2square, telepopmusik). Thus, Chaos Theory includes the spectator in the middle of the device in the constant tension between determinism and instability, fate and freedom and the place of each one in balance and the universal harmony. With Electronic Shadow, the installation becomes a reality expansible to infinity, a support for interactive projection in which the interface or focal center remains the inhabitant or the visitor, an organic being of flesh, blood and imagination… Chaos Theory is one of their last interactive piece slightly inspired by a moment of their show Double Vision created with Carolyn Carlson in 2006. First, it was presented in a monumental show for the Grand Palais in Paris and for the exhibition of Electronic Shadow in Granet museum (Aix-en-Provence, France). In agreement with Chaos theory, the installation evolves from one exhibition to another and it is a completely renewed version which is presented in Moscow.